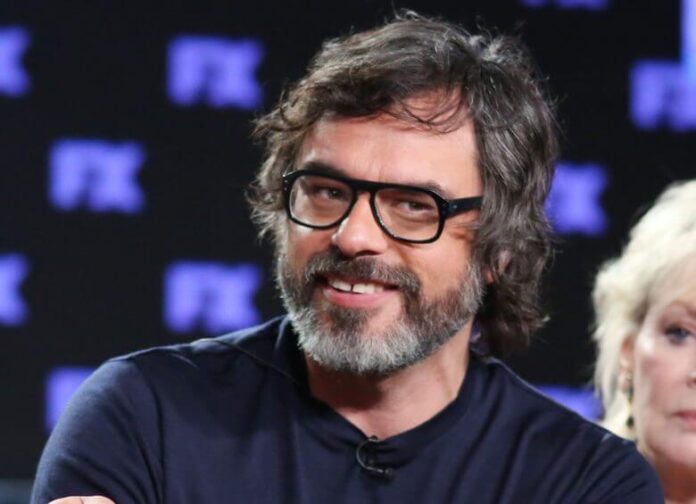 Jemaine Clement is a New Zealand actor, musician, comedian, singer, director and writer. With Bret McKenzie, as the Grammy Award-winning comedy duo Flight of the Conchords, he has released several albums and created comedy series for both the BBC and HBO.

He attended Makoura College in Masterton. After graduation, he moved to New Zealand’s capital, Wellington, where he studied drama and film at Victoria University of Wellington. There he met Taika Waititi with whom he went on to form So You’re a Man and The Humourbeasts. In 2004, the Humourbeasts toured New Zealand in a stage show titled The Untold Tales of Maui,[6] a rework of the traditional Maori legends of Māui.

The duo received New Zealand’s highest comedy honour, the Billy T Award. Also at University he met Bret McKenzie with whom he performed in Edinburgh, thus forming Flight of the Conchords.

Clement and McKenzie have toured internationally and released four CDs: Folk the World Tour in 2002, The Distant Future EP in 2007 (winner of 2008 Grammy for Best Comedy Album), Flight of the Conchords in 2008 and I Told You I Was Freaky in 2009.

In 2005 the Conchords produced Flight of the Conchords, a six-part comedy radio programme on BBC Radio 2. They appeared on Late Night with Conan O’Brien, the Late Show with David Letterman and The Late Late Show.

After appearing in 2005 on HBO’s One Night Stand, the Conchords were offered their own 12-part HBO series, Flight of the Conchords, which was based on their earlier BBC radio series of the same name.[7]

Its first season ran from June to September 2007, and was renewed for a second season, which aired on HBO in the US from January to March 2009.[8] In December 2009, the Conchords announced the show would not have a third season.[9]

Jemaine Clement has appeared in several feature films. His debut was in the kung fu comedy Tongan Ninja, directed by New Zealander Jason Stutter. He has worked with Stutter on two more movies to date: the low budget ghost comedy Diagnosis.

He was also the voice of Swayzak in the Toonami Shockwave game “Trapped in Hyperspace”. Clement also has a role in American comedy Gentlemen Broncos, directed by Napoleon Dynamite’s Jared Hess. This role landed him a nomination for the Independent Spirit Award for Best Supporting Male.

Though Gentlemen Broncos was almost universally panned by critics, some[10] singled out Clement’s performance for praise. In 2010, he voiced Jerry in Despicable Me and appeared in the film Dinner for Schmucks.  He appeared as the primary antagonist Boris the Animal in Men in Black 3.

In 2012, Jemaine co-wrote, co-directed, and starred in a vampire mockumentary titled What We Do in the Shadows with Taika Waititi. It premiered at the Sundance Film Festival on 19 January 2014. He also reprised his role as Nigel in Rio 2.

In 1999, Clement was a Radio Awards Winner as writer for Trashed, for Channel Z, Wellington.[11] In 2000,he got a Special Radio Awards Commendation for The Sunglass Store.[12]

Clement has starred in television commercials internationally and provided voiceovers for many others in New Zealand.

One of the long-running gags of Flight of the Conchords is the traditional rivalry between New Zealand and Australia and the differences between their accents. The campaign ended in July 2006.

Besides his television work on Flight of the Conchords, Clement was a writer and cast member of the television shows Skitz and Tellylaughs in New Zealand.

Clement  played the role of a prisoner in a Russian gulag in the 2014 film Muppets Most Wanted, a sequel to The Muppets (2011).

Clement was featured as one of 2008’s “100 Sexiest People” in a special edition of the Australian magazine Who.[16] Fellow Conchord member McKenzie appeared on the same list.

In 2015, Clement voiced a “mind-reading fart”[17] on an episode of the Adult Swim animated series Rick and Morty, where he performed the song “Goodbye Moonmen”.[18]