With the fall semester about to start, practicing healthy habits will become more of a challenge with the busy schedule that college demands. So, I came up with a list of a few tips that can help you make steps towards a healthier college lifestyle!

STOCK UP ON HEALTHY SNACKS

It’s 3 AM and you’re studying for your first midterm of the year in your hardest class of the semester. You’re tired, you need energy. So you reach for the Monster energy drink in your fridge. I know the struggle! Trust me, I GET IT. There is this constant internal battle that we face every day (and sometimes during long nights of studying) between grabbing the easiest and most likely unhealthy snack and a snack that is actually good for our bodies. And this is even more obvious in a college setting. We are constantly eating on the go and getting bags of chips from vending machines, and we don’t even realize that we aren’t getting proper nutrients throughout the day.

But in reality, it can be easy (and cheap) to choose healthy snacks as well! Some examples are:

SODA INSTEAD OF WATER

This was one major problem I had my freshman year of college. I LOVE Dr. Pepper, in fact for most of my life a drank it more frequently than water. It has caffeine and an INSANE amount sugar in it, so my excuse to drink it all the time was that I needed energy. It became such a habit that my body became dependent on soda. I’ve seen soda take this effect on several people I know as well, especially people in college.

Read More:   How to Eat Healthy in Winter For Optimum Health

Drinking soda instead of water can cause a wide range of negative effect on your body (this is true even for diet soda) including tooth decay, weight gain, and dehydration. To simplify it, soda is empty calories and excess sugar.

By drinking water instead of soda, you have more NATURAL energy throughout the day! Also, if you’re a regular and often soda drinker, cutting soda out of your diet can promote weight loss and a boost in your metabolism. In fact, drinking just 17 fl oz of water a day can boost your metabolism by 30% in one year! So, if you’re a heavy soda drinker like I once was, start slow. Try replacing one soda can a day with a water bottle, and continue the pattern until you’re daily liquids consist only of water. You’ll feel a difference in your body!

LIMIT THE NUMBER OF TIMES YOU “GO OUT”

Okay, some of you might have read this subtitle and laughed a little. Or you might have even thought to yourself, “There’s NO way I’ll stop going out.” And that’s okay. Most often, college and drinking are directly related, so it makes sense why people don’t want to give it up.

And the actual truth is, I wouldn’t expect anyone to give it up. Because drinking alcohol alone isn’t going to make you unhealthy, or gain weight. The key variable is how often you partake in such activities.

In my experience, going out with friends ends up being a full blown storm of empty calories. Think about it: there’s the usual dinner, then the alcohol, and then the 3 AM pizza that your don’t even remember stuffing your face with (Spoiler: calories after midnight actually do count).

Let me break that down for just a sec: an average dinner could be anywhere between 500 and 700 calories. A single shot of alcohol is about 70 calories and one beer is between 100 and 150 calories. And that slice (or 2) of pizza at 3 AM is about 500 calories as well. So aside from the risks of intoxication, you could be consuming over 1200 calories in one night out. Yikes!

So, no, I won’t suggest to stop going out all together. But what I would suggest is limiting the amount of times you go it. Maybe just make it a weekend thing, or a Taco Tuesday thing, or Thirsty Thursday thing. Whatever your “thing” is, do it in moderation if you value your health!

My freshman year, I lived in dorm and I had a prepaid meal plan. This gave me access to all kinds of sugar loaded and fat enriched foods at all hours of the day. And you KNOW I took advantage of it. But when I look back on that year of meals, I realized how I became more and more unhealthy and I kept gaining more and MORE weight. And I don’t want you ladies to suffer the same fate! So how does a person pick healthy foods when you have meals at a dining hall and have little to no control over the meals it provides?

There is hope for you, I promise! While having a meal plan won’t allow for a perfectly balanced and healthy diet, there are always options at your dining hall that can get you pretty close. You just have to look for them.

My first rule of thumb is to always take the fruit. More than likely, your dining hall has baskets of fruit that most students wouldn’t dare touch (ewww healthy food), but this can be to your advantage because fruit is an easy and healthy alternative to your sweet tooth cravings.

Another guideline to eating healthy in a dining hall is to ask for portions of a meal and not the whole thing. For example, if your dining hall serves bacon, egg and cheese taquitos for breakfast (a personal favorite of mine) or chicken sandwiches, ask for just the eggs or just the chicken. Odds are, the meals your dining hall serves don’t come pre-prepared, on account of how many students it needs to feed daily. So the employees usually can accommodate your request.

Learn proper portion size! This is especially important for people with self serve dining halls. It may be temping to fill your plate entirely, but be mindful of how much you should be eating each day (for more info, check out my post about Macronutrients!). Eating portions that are too large will directly result in weight gain and an overall lethargic feeling.

Read More:   Breast Cancer, From Prevention to Living Well After a Diagnosis

My last tip is pretty straight forward: don’t sit by the desert cart. This may seem obvious, but it’s more tempting that you may expect. The more often you keep away from unhealthy foods, the less you’ll eat them. It’s a pretty simple concept!

I feel like this is one of the biggest struggles to overcome in college, I know it was for me. With such a busy and demanding schedule that college requires of us, usually exercise sadly makes it to the bottom of our priority list.

But I have found that there are ways to incorporate exercise into your weekly schedule that won’t negatively affect your other responsibilities!

For starters, joining an intramural team makes working out less of an obligation and more for entertainment. Being on a team with your friends playing a sport that you like allows you to focus more on the fun and quality time with friends and less on the fact that you’re ACTUALLY working out.

Bringing your gym clothes to campus forbids any excuses you have for not exercising. Every college campus that I’ve heard of has some sort of fitness facility on campus. And by packing your workout gear in the morning, you make it easy to transition from class to the gym. The average adult should partake in at least 75 minutes of exercise each week. That’s ONLY 25 minutes for three times a week, which is like one Netflix episode. So on your days with the least class time, hop on over to the gym after school is done and sacrifice that single Netflix episode three times a week for your health!

Lastly, setting a personal fitness goal gives you more motivation to exercise because then you’re working towards something. Try setting both short term and long term goals that are realistic. 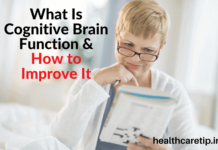 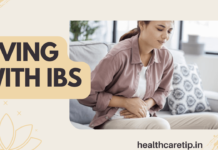 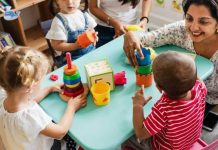 How to help children with learning difficulties?