Imagine playing a game you love while seeing your name on the back of a shirt and hearing the scream of 20,000 fans supporting you. Many seasoned basketball players enjoy this praise as they help their teams have massive NBA picks.

Being a professional basketball player has more benefits than you might think, in addition to fame and fortune. The job focuses on physical fitness, connects players to celebrities, and many other benefits, as discussed below.

Professional basketball players earn different wages. According to CNBC, the average NBA player made $7.7 million for the season. High-performing potential players might get a signing bonus that’s up to 15% of the deal.

These salaries go beyond just paying for gameplay. You may be surprised to learn that players frequently earn more from endorsements. Professional basketball players are employed by businesses to promote their goods.

A basketball player may be able to make more money from endorsements than from the sport. Players can get performance bonuses based on awards, selection to the All-Star team, and playoff team rankings.

Some athletes are compensated more when they represent their team in advertisements. The Collective Bargaining Agreement guarantees that the team and the player are covered in all potential compensation.

Professional basketball players are required to be physically fit. The teams nevertheless provide the players with access to the most cutting-edge equipment available, even though most players have the means to outfit their houses with full gyms.

The NBA player is provided with fitness trainers, sports psychologists, nutritionists, and other fitness professionals. Professional basketball players receive individualized training plans to enhance their physical performance even during the off-season.

An influential players’ union ensures that athletes are cared for while traveling. Players rapidly pick up on the meaning of being in travel status and the basketball rules.

When you make millions of cash, you anticipate living a high life. Professional basketball players are provided a large sum of cash to cover their meals and stay in four- or five-star hotels.

They are given money for meals and have access to food and snacks in the locker room. After games, some teams even offer a full dinner buffet. Young athletes rapidly pick up on the fact that they can increase their per diem to their overall compensation amounts.

The Power of Influence

Basketball is governed by a small group of elite professional players on and off the court. NBA players have been known to impact coach hiring and firing decisions. Even players enticed to accept a contract extension are subject to their sway.

They also have a lot of credibility on the street. A professional basketball player’s opinion on a social problem can significantly impact the general population.

Professional basketball players have ties to famous people and dignitaries that may help them get jobs once their playing days are over. NBA players can connect with influential people in business, politics, and Hollywood. After basketball, networking with celebrities may result in employment.

NBA basketball players frequently work as game analysts or sports reporters once their playing days are over.

According to research from 2018 Trusted Source, basketball is an excellent way for kids to develop the fundamental movement skills they need.

Additionally, it promotes power, quickness, and agility. These skills have been shown to maintain a healthy body weight and encourage more physical exercise, boosting self-esteem and cardiorespiratory fitness.

You might learn new verbal and nonverbal communication strategies as you get to know your coworkers.

There will likely be an opportunity for conversation before, during, and following a practice or game. Whether you learn to speak up more or keep silent more often, developing positive communication skills will help your athletic, personal, and professional lives.

The NBA is the world’s top basketball league. There is no question in my mind. The league has the world’s best players, who annually battle for the championship. Lucrative agreements bind the vast majority of athletes.

Additionally, as mentioned in the article, social skills and physical health are among the major benefits of an NBA player’s lifestyle. 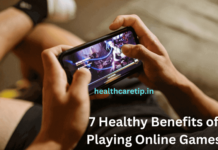 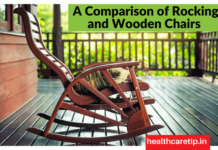 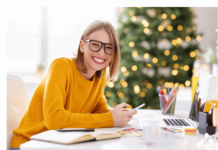